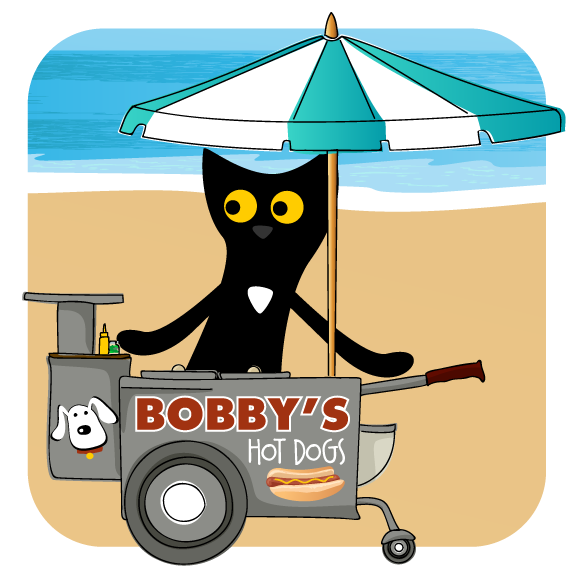 
My dad and I knew that when we met him again in November 2013, that we needed to add him to our family. Of course it took time to coax my mom into agreeing! At the most, we had seven cats at one time (a high number that was a little out of control). We were currently down to 5 cats and holding steady...surely a sixth cat was not in the cards.

Bobby looks very much like our cat Sabrina that we lost in June 2013. There was just something about him (sans the white spot on his chest) that reminded us of Sabrina. It is not always a good idea to adopt a cat that reminds you of a past one, because all cats are different in their own way. But having met Bobby, we were already in love with him that nothing anyone said was going to stop us...

Bobby was brought in to Animal Outreach as a feral cat. The day we took him home he held tight to his feral roots by hiding under our guest room bed on the spring board. He was very hesitant to come out. So many of our friends encouraged us to adopted Bobby because they knew hew as something special. I decided that since Bobby is the newest member of our family and has a fantastic story I wanted to create a special potion of my blog dedicated to chronicling the progress as he makes from Feral to Friendly, which my dad appropriately deemed Bobby's Bulletins.