Whenever we adopt a cat, it is always an exciting discussion to figure out what their name will be. Most of our cats are named after certain places from our favorite vacation spot - Cape May, New Jersey.

Rover.com recently released What Are the Most Popular Cat Names Revealed and I thought you would be interested to know how our cats got their names - and if any of them are the popular picks!


Meet Sand(piper)
She is named for Sandpiper Embroidery in Wildwood - the shop of our friends. She fits in with the Cape May theme of the Sandpiper Birds. Piper is what she is normally called.

Meet Victoria
Cape May is known for their many Victorian homes. Vickie also goes by Queen Victoria.

Meet Ester(brooke)
Brooke is our anamoly cat name! She is named after Esterbrook (no E at the end) fountain pens. In our original kitten caboodle, we had a kitten named Parker, which is also a fountain pen name.

Meet Henry
Our loveable Henry is named after a favorite (and sadly, closed) restaurant in Cape May called Henry's on the Beach. Henry's was our favorite dinner spot for fish sandwiches, big ass fried clams and I claim it is the place I learned to eat salad.

Meet Pearl
Pearl is named for Pearl Street - where we used to go to visit the many cats that lived there. We are now friends with the cats' owner, Harry. Coincidentally, Pearl's rescue name was Page before we changed it -- the street that intersects with Pearl Street? Page Street. Freaky! 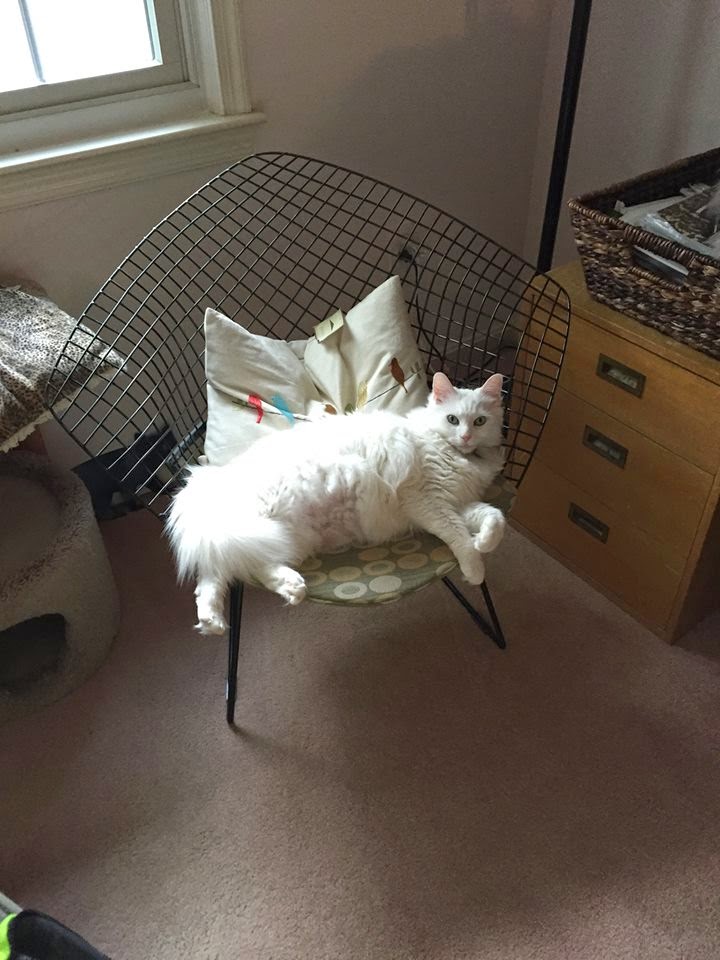 Meet Bobby
Bobby was the first cat we adopted from Animal Outreach of Cape May County. He was named, along with his sisters Polly and Meredith (previously adopted) and brother Charlie. So technically since Bobby is from Cape May, he doesn't need a Cape May name. Of course, my dad calls him Robert/Bobby after a friend who plays in the Congress Street Bass Band...but that's a bit of a stretch ;) sorry dad!

Meet PHolly
So miss PHolly is a bit of a complicated name story. Her name from Animal Outreach is Polly. But we wanted to name her Holly, for our favorite Eastern Shore fried chicken joint that we used to always eat at on the way to Cape May. It closed in 2014, a few months after we adopted Polly. So we call her PHolly, the P is silent and it is pronounced Holly. But you can call her Polly, Holly, Jolly Holly Polly and so on!

Meet Charlie
And meet Charlie! He hasn't been officially introduced on the blog, so that post is upcoming. But in January 2015 we caved and adopted Charlie (Bobby came in Jan 2014, PHolly May 2014). We just couldn't say no to uniting the Jersey family!

So which one of our cats has the most popular name??

And the truth about the most popular pet names....#1 is Charlie! Charlie wins! And we have a cat named Charlie!


We have picked out some of the names of our next cats (yeah, right) which includes the popular George and Bella. But that's probably not going to be anytime soon!

So which names are your favorite of the most popular? Are your cat(s) names on the list? If not, why should they be?
Posted by Rachel Shubin at 12:00 AM