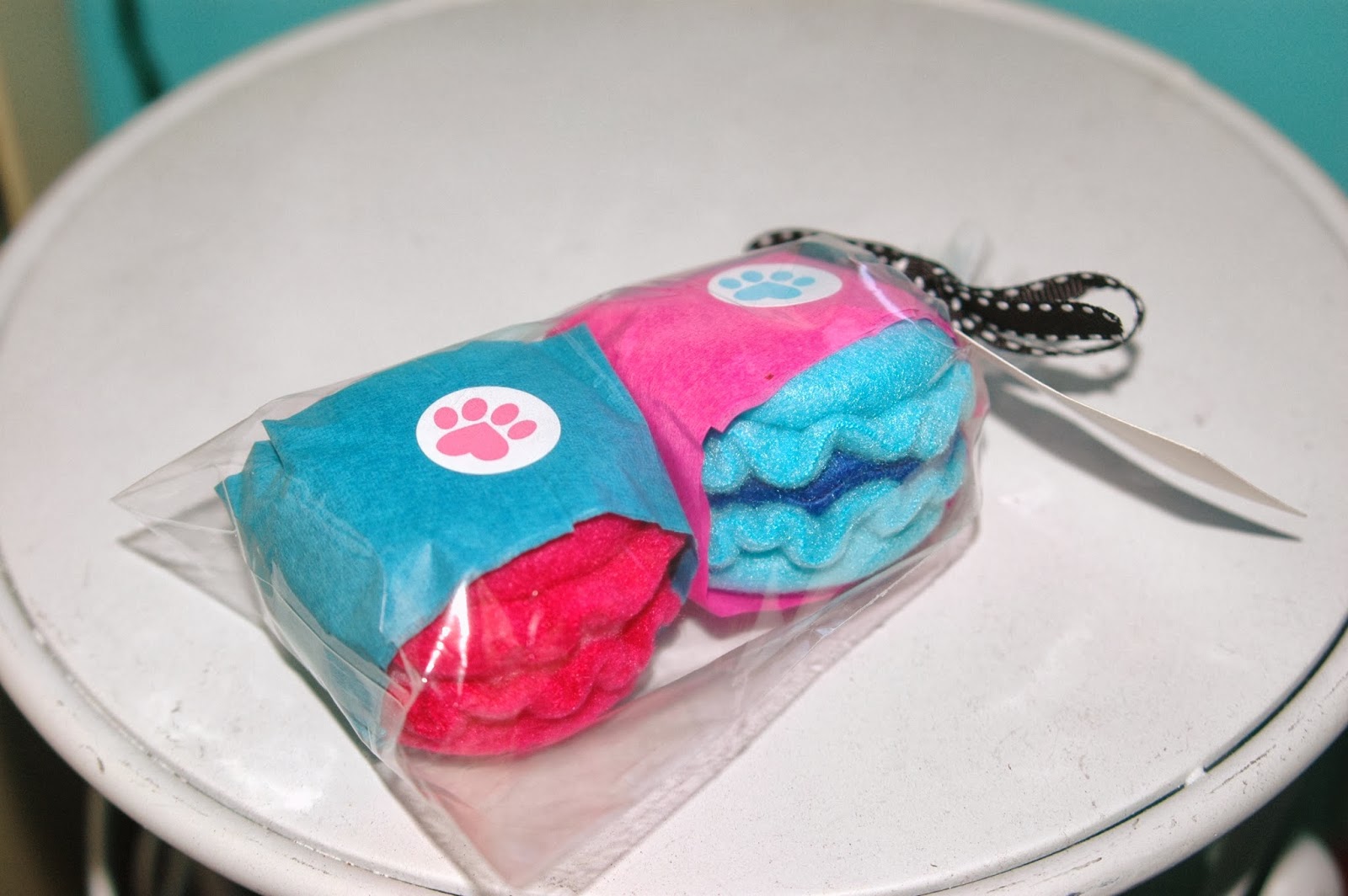 Today I am featuring the mastermind behind Whimsily Ever After, Shelley Rinker, and her beautiful creations. Shelley makes all of her toys in Ventura, California. The winner of the giveaway will be able to pick a cat toy of their choosing up to $15. Shelley also has kindly offered a 15% off coupon, find all information below.

Sandpiper Cat Blog: Did you know you always wanted to be involved with designing toys, let alone your own toys?
Whimsily Ever After: I actually learned designing toys was an option after high school. I had a crazy turn of events junior year that opened up my eyes  to the toy industry. The super condensed version is: I signed up for a fashion design class which turned into a doll fashion designing class, that turned into winning a competition and have my design produced and debuted  at the International New York Toy Fair. While in NY, I along with the doll designer, did a signing of a special release of the first 500 dolls at FAO Schwarz. That was my introduction into the world of toys; so when I found out senior year that Otis College of Art and Design was offering a new Toy Design Degree I signed up, and off I went. After getting my Bachelors of Fine Arts, I went on to designing toys for a handful of well-known toy companies.

SCB: How did you decide to make cat toys? What was the first cat toy you made?
WEA: After working 13 years in children's toys I was at the point where I delegated a lot of the "Making" to other people and toys were manufactured in China, and with the bottom line being everything the quality and the cost would bump heads. I am a very hands-on person - making [things] is what makes me happy. So after a lot of planning I bit the bullet and started Whimsily Ever After as a place for me to "Make" again. As the mom of two wonderful kitties, I felt that their time had come to get some design love. The first cat toy I made was just a run of the mill mouse. Right after I finished it I realized that there wasn't much humor in a mouse and immediately thought my cats  (and I) would enjoy a more "human food" toy and the idea for the cheeseburger was born.  The S'mores and Macaron followed very soon after, since they are favorite treats of mine.

SCB: What is your favorite part about making cat toys?
WEA: My favorite part is the very end result. I LOVE it when my customers send in videos and photos of their cats going crazy "opening" their new toys. Or when a customer emails me that they almost couldn't get the toy out of the shipping package because their cat was stuffing their head into the box and wouldn't get out of the way! That brings me so much joy; I like to imagine that part as I make each toy. 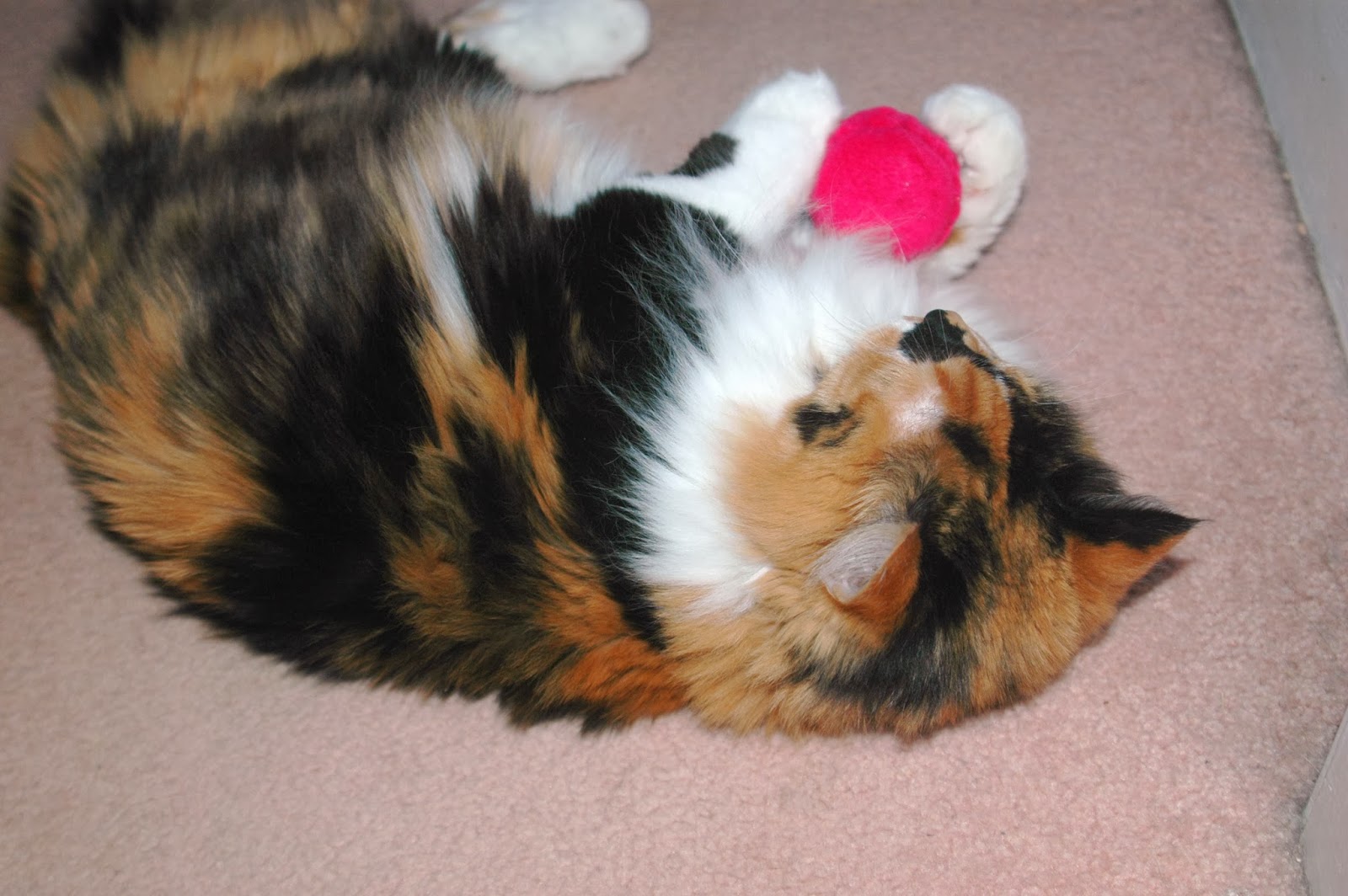 SCB: Who are your kitty muses?
WEA: My kitty muses are all cats I come in contact with, but mostly my two kitties Pebbles and Mika. I adopted Pebbles back in May of 2001. I was looking for a pure white cat and instead I locked eyes with Pebbles (an almost everything but white) tortie calico. It was love at first sight. I was taking her in for some kitten shots a month later and there was Mika, a skittish gray tabby  that needed a safe and loving home. All pets are awesome for their love, loyalty and the joy that they bring all of us every single day. I'm just trying to make toys that give a little payback to them and trick their humans into taking a timeout to play with them, making take a few photos of their cat biting into a macaron or sushi toy! 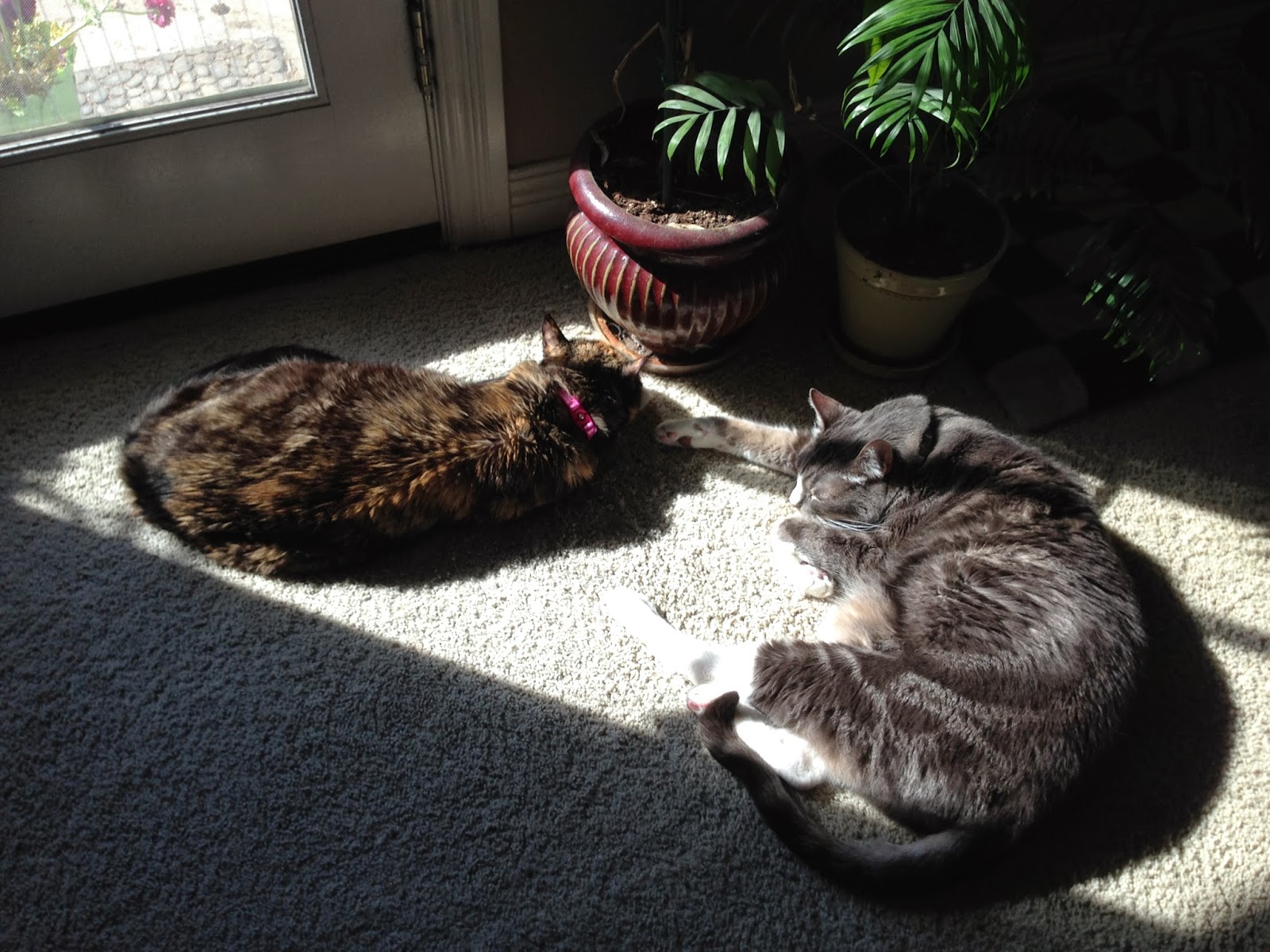 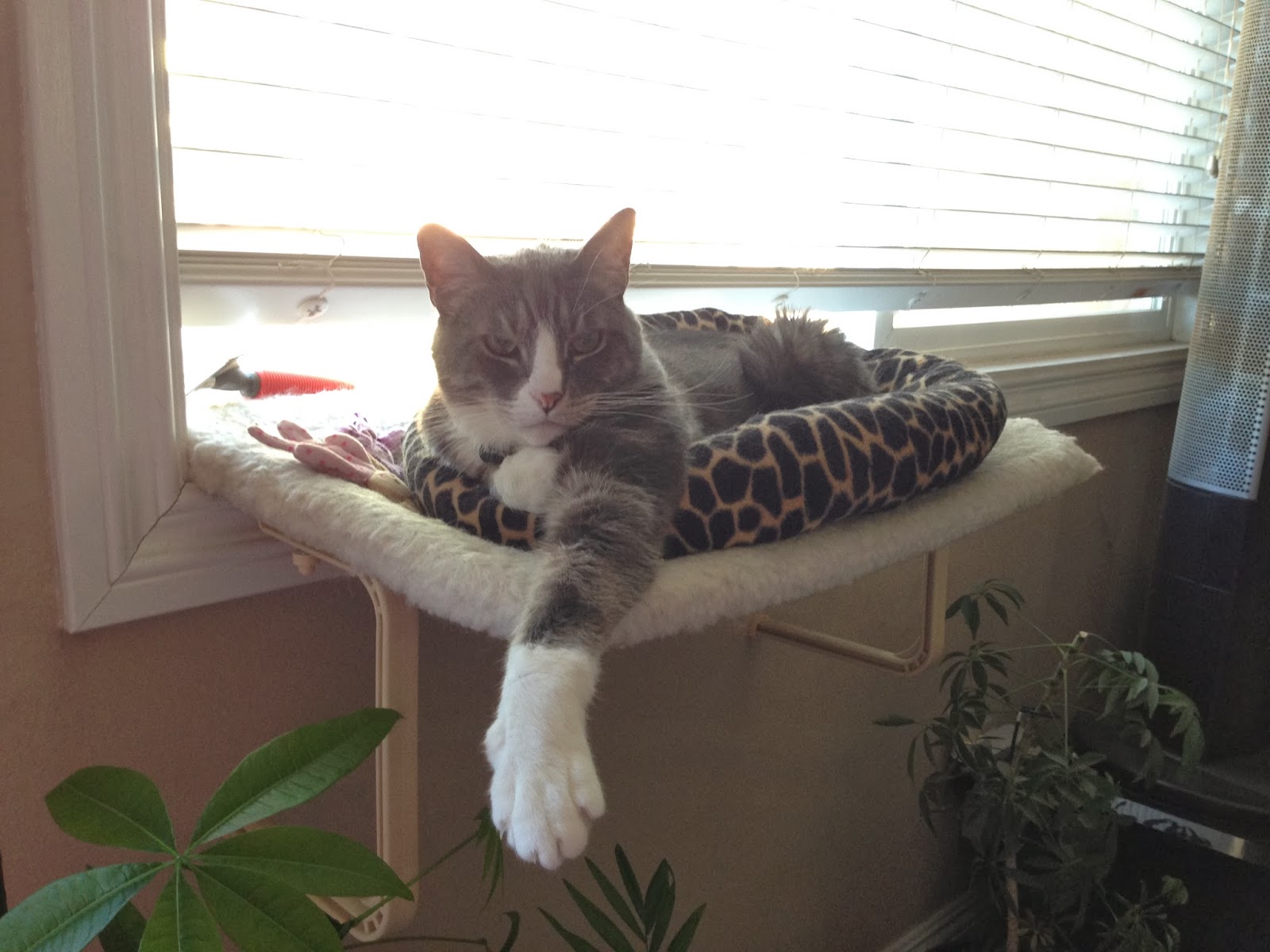 SCB: What do you think your cats would say when they get a new one of your creations?
WEA: "Oh jeeze, not another one...OK I'll humor you and pretend to love it for the next 20 minutes so you get all your photo taking out  of your system."

Hahaha! No I hope that isn't what they say, but they are basically my guinea pigs. My kitties teach me a lot because they both like to play with their toys so differently. Mika does full on nosedives into the toys and seems to get stoned out after a few minutes. Pebbles is a licker, she will grab a toy with her front paws and just lick and lick and lick for at least ten minutes. Because of her, I am working on a set of toys with anti-pill fleece that can withstand the licking from a cat's brush-like tongue. My Valentine's Macarons are the first toys I have released in this fabric. 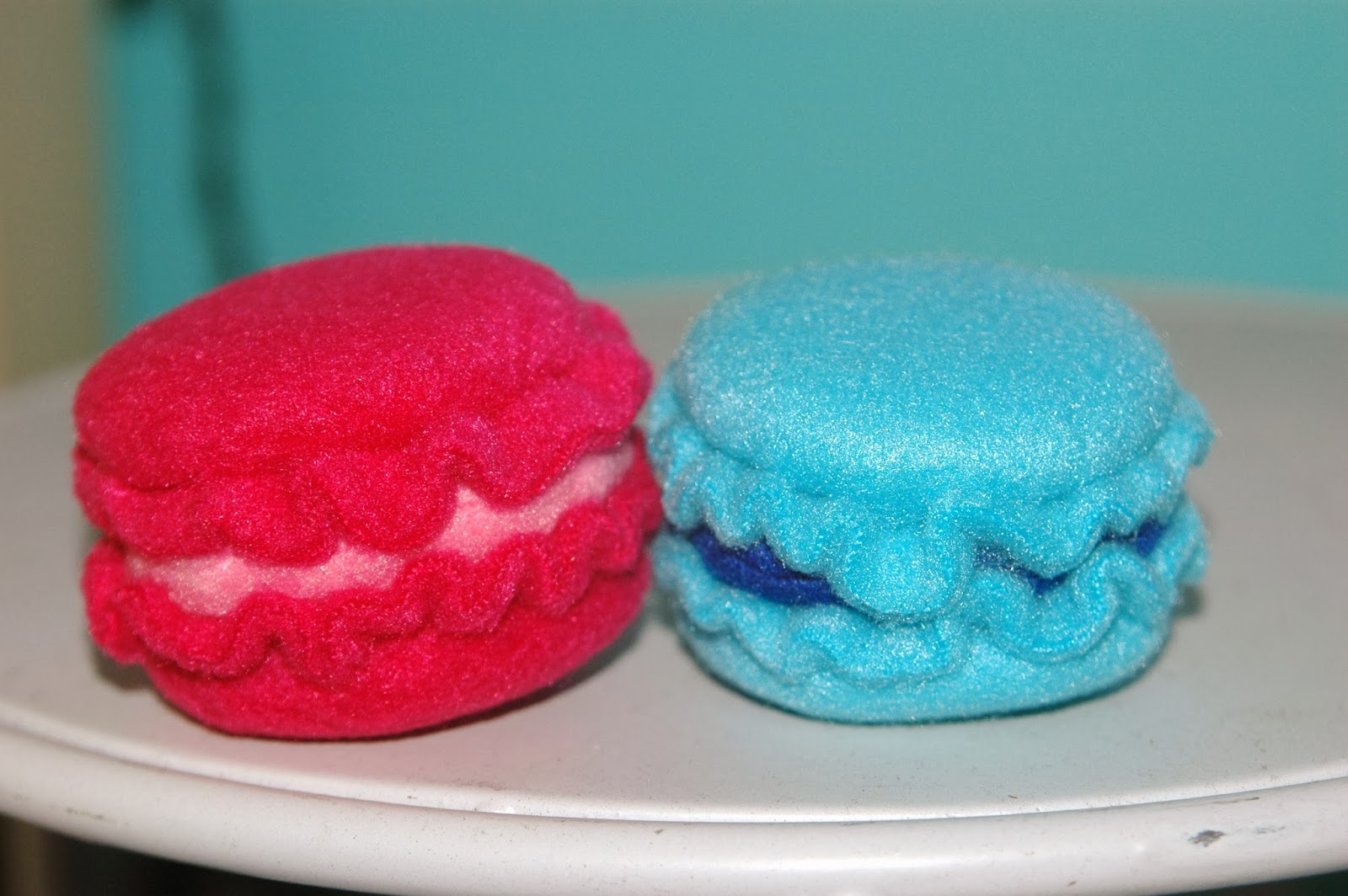 Sandpiper Cat Blog enjoyed interviewing Shelley and learning all about how her creations came to be. The winner of the giveaway will get to pick one of Shelley's creations (of a value up to $15).

Everyone can get a taste of "Whimsily Ever After" by using the coupon code "SANDPIPER15" to receive 15% off a purchase.  Coupon expires April 30, 2014.

And now for our giveaway!

a Rafflecopter giveaway
Posted by Rachel Shubin at 1:09 AM